Getting To Know Puerto Plata

Some Information To Help You Better Understand Puerto Plata

​
​General neighborhood amenities & services:
Beaches are the single greatest attraction in and around Puerto Plata. Its tourist zone includes a stretch of golden sand beaches estimated at around 300,000 square meters. Eleven kilometers of beach, reaching from Cofresi to Sosua are being developed into the needs of the most demanding traveler. The main beach for Puerto Plata is Long Beach, located just to the east, along the Malecon. Playa de Long Beach is the public, urban beach for Puerto Plata. Both Confresi andCostambar beaches are located west of Puerto Plata, and are now dominated by luxury resorts.  The beaches in and around Puerto Plata are fronted by coral reefs, so you can dive and snorkel when the tides are good. In the vicinity of Puerto Plata lies Playa Dorada (golden beach), the beach has an amazing 24 km (15 miles) of  white sand. 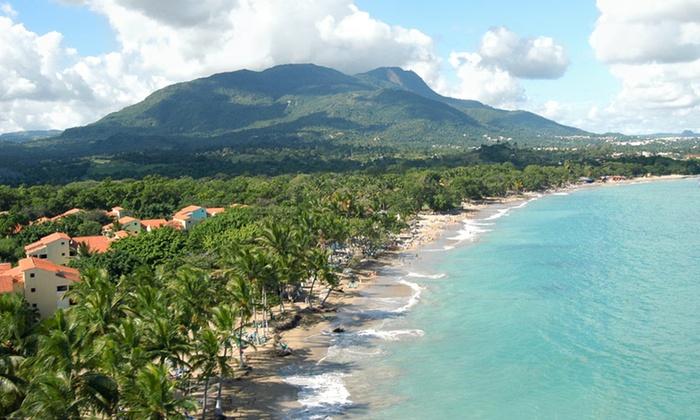 ​This is a tour that should not be missed during your stay in Puerto Plata. Located on the top of Mount Isabel (2555 feet or 855 meters above sea), this cable car offers you the beautiful panoramic ocean view and surrounding areas of Puerto Plata. It is one of the picturesque and most impressive excursions that can obtain a tourist upon visiting the Dominican Republic.
On top of the mountain you will find botanical gardens, a statue of Christ (similar to the one in Rio de Janeiro, Brazil), a restaurant and several souvenir shops. in addition, of course, to the breathtaking views of Puerto Plata and the surrounding ocean.
Admission fee: 200 pesos (less than US $8). 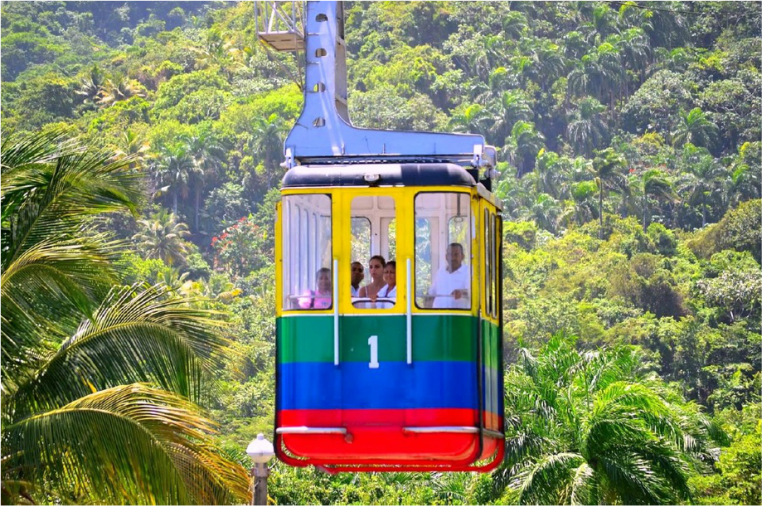 The Fuerte San Felipe (San Felipe Fort) is  located on a small peninsula on the Bahia de Puerto Plata, the bay Columbus once had such high hopes for. The Fort is, in fact, the only vestige of Puerto Plata's colonial past. For a little admission fee, you'll be able to look in on a small historical museum, and the tiny cell in which the hero of the Independence movement, Juan Pablo Duarte, was briefly confined. You'll find a number of guides hanging around the entrance to the fort, who for a small fee, will give you a tour. 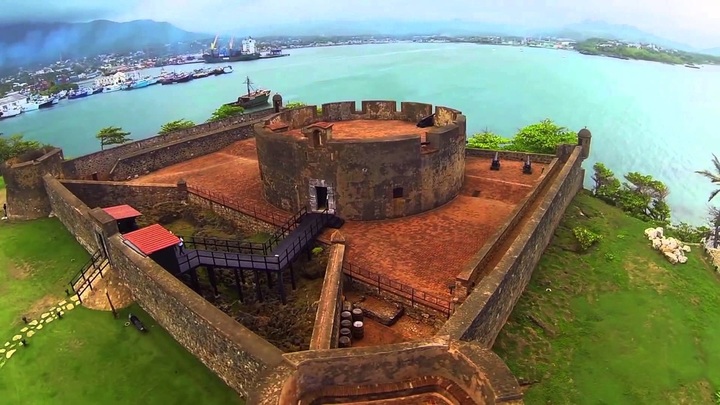 ​Since its first ship docked in October 2015, the Amber Cove Cruise Center has been welcoming more than 5,000 passengers per week to Puerto Plata while adding hundreds of workers to the region’s payroll.
When passengers disembark, their first sight is a verdant mountain range, which provides a scenic backdrop as they make their way into the 30-acre port.
Carnival Valor visits Amber Cove Cruise Center
Carnival Corporation’s $65 million development was designed with architectural elements that blend the bright and breezy Caribbean style with the North Shore’s colonial heritage, such as distinctive turrets similar to those at nearby San Felipe Fort, a 16th century landmark in Puerto Plata.
Named after the fossilized resin that’s common in the area, Amber Cove offers an extensive shore excursion program with dozens of landside experiences for passengers to enjoy during their daylong stop. Choices include beaches, water sports and special culinary, cultural and adventure options. Ocean World, one of the region’s largest marine adventure parks, offers guests many ways to experience and interact with a variety of marine animals.
Cruise passengers also have easy access to historic Puerto Plata, named by none other than Christopher Columbus, who established the nearby La Isabela settlement in 1493 during his second visit to the island. In Puerto Plata, visitors can check out museums and artist studios; view classic Victorian architecture; experience rum and cigar factories; or stroll along the scenic malecón, a three-mile, beach-side boardwalk dotted with bars, restaurants and shops
​ 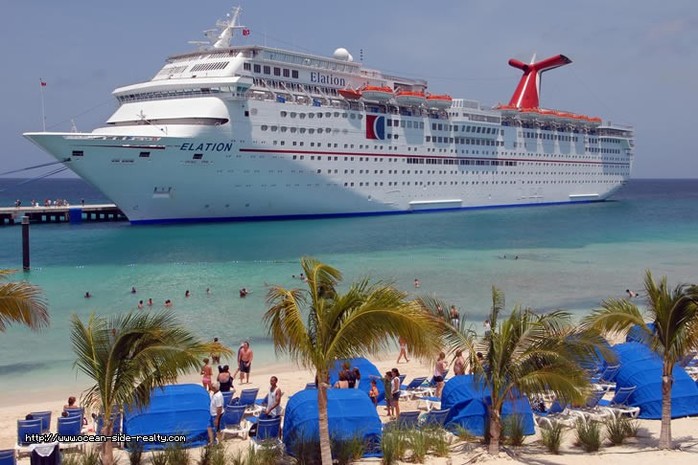